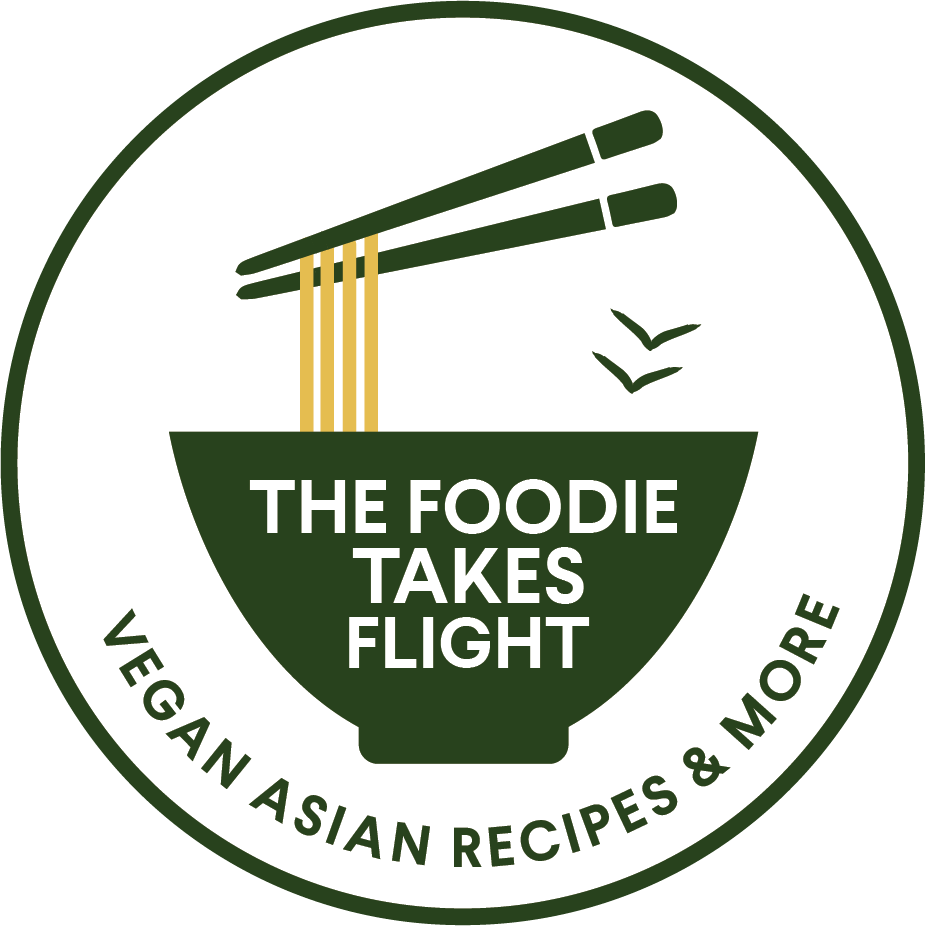 Jump to Recipe Jump to Video

A vegan version of one of my favourite Thai dishes is this Tom Yum or a Thai Hot and Sour Soup. It’s super aromatic and has a perfect balance of sour, hint of sweetness, and a little bit of spice. It’s both light and hearty, and also actually really healthy. You can make a creamy version of this Tom Yum by adding evaporated milk.

WHAT IS TOM YUM SOUP?

Tom yum soup is a Thai hot and sour soup distinct for its sour flavour, very similar to Filipino sinigang or sour soup. Tom Yum is also very aromatic from its use of kaffir lime leaves that gives the distinct flavour and sourness, lemongrass, galangal, lime juice, and other ingredients.

You can make the clear version of Tom Yum or make a creamy Tom Yum version with some vegan evaporated milk or even coconut milk. It’s totally up to your preference but I love the added richness the coconut milk gives to this soup.

Creamy Tom Yum is traditionally made with evaporated milk and coconut milk is used for Tom Kha (Thai coconut soup). But for this vegan recipe, I find that coconut milk works just as well!

THE AROMATICS FOR THE SOUP

These are what really bring this soup to life and give all the flavour, so these are the most important elements of this recipe!

Kaffir lime leaves, also know as markut lime leaves, are very citrusy and what helps give this vegan tom yum soup the distinct sour taste. They come fresh or dried, and depending on what you have access to, both work really well.

Kaffir or makrut lime plants are utilised mostly for their leaves but also bear fruit. See the photo above containing the small fruit in the top left).

Though I personally would prefer using fresh ones for optimal flavour. I store my fresh leaves in the freezer and simply grab a few leaves when I need to use some for a recipe.

They’re still so fresh even after freezing! I keep mine in a silicon bag (I love my Stasher bag) and can keep it frozen for months on end.

So before using your kaffir lime leaves, you need to crush/break them apart to release all the flavour. They’ll smell SO GOOD and really citrusy!

Lemongrass, also known as tanglad in Filipino, is distinct for its citrusy aroma and flavour. Though despite its name, it’s actually not sour! It’s commonly used in Filipino cuisine and in other Southeast Asian cuisines. The tall leaves are inedible and are actually quite sharp, and it’s the bottom 4-5 inches from the top of the roots that are the most aromatic.

If harvesting lemongrass, be careful with the leaves since they can be sharp. Be sure to peel the outer layers of lemongrass until you reach the more tender flesh in the centre.

Photo below is my lemongrass (tanglad) plant!

The outer shell of the lemongrass is actually  very tough so you’ll need to peel them off to be able to reach the inner flesh that is much more tender and will be easier to slice and pound. The shells of the bottom parts can be kept and used for teas and in soups such as this one.

The lemongrass stalks in soups are not edible and are used for flavour, and they can be removed after they’ve simmered in the broth and have released the flavour.

The flavour really comes from the base (closer to the roots) of the lemongrass (see photo above) so if you’re able to get them fresh from your local story or grocery, I highly suggest utilising the bulbs/stalks at the bottom!

So a family friend gave a small galangal plant to me over a year ago and I replanted it in a pot. Now I’m able to get a few galangal at a time. I know they’re good to harvest when their stalks/leaves start to turn brown and dry up.

GINGER VS. GALANGAL: WHAT’S THE DIFFERENCE?

The main difference (at least for me) between ginger and galangal is the flavour. Galangal has a somewhat citrusy, peppery, and very pungent flavour while ginger is somewhat sweet and spicy.

And of course there’s the difference in terms of appearance.

WHAT CAN I USE INSTEAD OF GALANGAL?

Okay so nothing can exactly mimic the flavour of galangal so if you can get it fresh or even bottled (in minced/paste form), I’d really recommend it. But if you really don’t have access to any galangal, for a last resort you can opt for ginger and some pepper (since galangal has that mild peppery taste) and I can say that this sub works well!

Though of course if you have access to galangal, I highly suggest you use that instead of ginger.

I love the addition of chilli sauce to add that nice spicy kick and extra flavour! Other chili sauces such as sriracha could also work well. It’s totally up to you too how much chili spice you’d like.

For my chili garlic sauce, you can get my homemade recipe here.

VEGETABLES FOR THIS TOM YUM SOUP

As for the veggies, I used some baby corn and halved straw mushrooms.

Both of these were canned but if you’d like to use fresh ones, that’d be even better! You can also use other mushrooms like fresh oyster mushroom. I also really like the texture of straw mushrooms in this soup.

I also added in some tomatoes and fresh bird’s eye chilies for spice. If you want that spice but not too spicy, you can opt to remove the seeds of the chilies.

This trio is what gives the soup that balance of sweet, savoury, and sour/tangy! You’ll find the perfect balance of the these flavours with a little bit of trial and error at the start and you’ll have to taste along the way to find your preference in terms of flavour. So feel free to adjust depending on your desired taste!

Crush the lemongrass to release the oil and aroma. I usually just do this by pounding on it using the dull end of a cleaver or a pestle. Slice the stalks into 3-4 inch pieces.

Crush the garlic as well and then peel. Break apart the kaffir limes and slice the chillies.

I heated up a pot and sautéed the aromatics along with the tomatoes before adding in the liquid.

I left it down to cook until all the flavours form the aromatics seep out and you get a really flavourful soup base.

I added in some of my homemade vegan fish sauce for that extra layer of flavour and savoury taste. It makes a big difference in terms of taste!

I mixed in the vegan evaporated milk (or coconut milk) to add a little bit of creaminess to the soup (but nothing too thick at all).

Hope you enjoy this tasty and really comforting recipe!

You can make a tom yum noodle soup for a perfectly hearty and cozy meal by adding some cooked rice noodles or other noodles of choice. 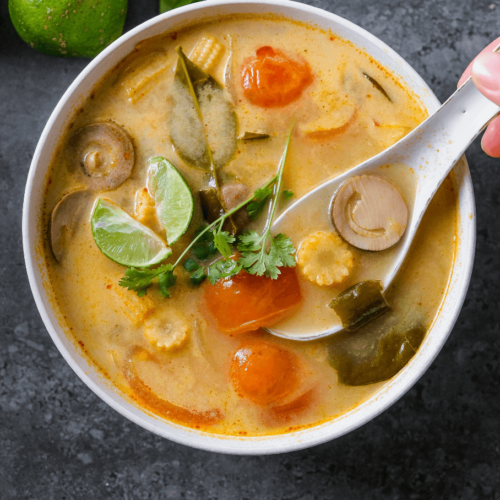 5 from 5 votes
A vegan version of one of my favourite Thai dishes is this Tom Yum or a Thai Hot and Sour Soup. It’s super aromatic and has a perfect balance of sour, hint of sweetness, and a little bit of spice. It’s both light and hearty, and also actually really healthy. You can make a creamy version of this Tom Yum by adding evaporated milk.
Print Recipe Pin this Recipe Rate this Recipe
Prep Time 5 mins
Cook Time 25 mins
Total Time 30 mins
Course Appetizer, Main Course, Soups, Starters
Cuisine Asian, Thai
Servings 4 people
Calories 271 kcal

What if I don’t have galangal?

YOU CAN PIN THIS IMAGE:

I’m Jeeca, a food content creator and recipe developer passionate about creating easy yet tasty and flavour-packed vegan recipes. I share a lot of Asian recipes inspired by my travels and those I grew up enjoying. 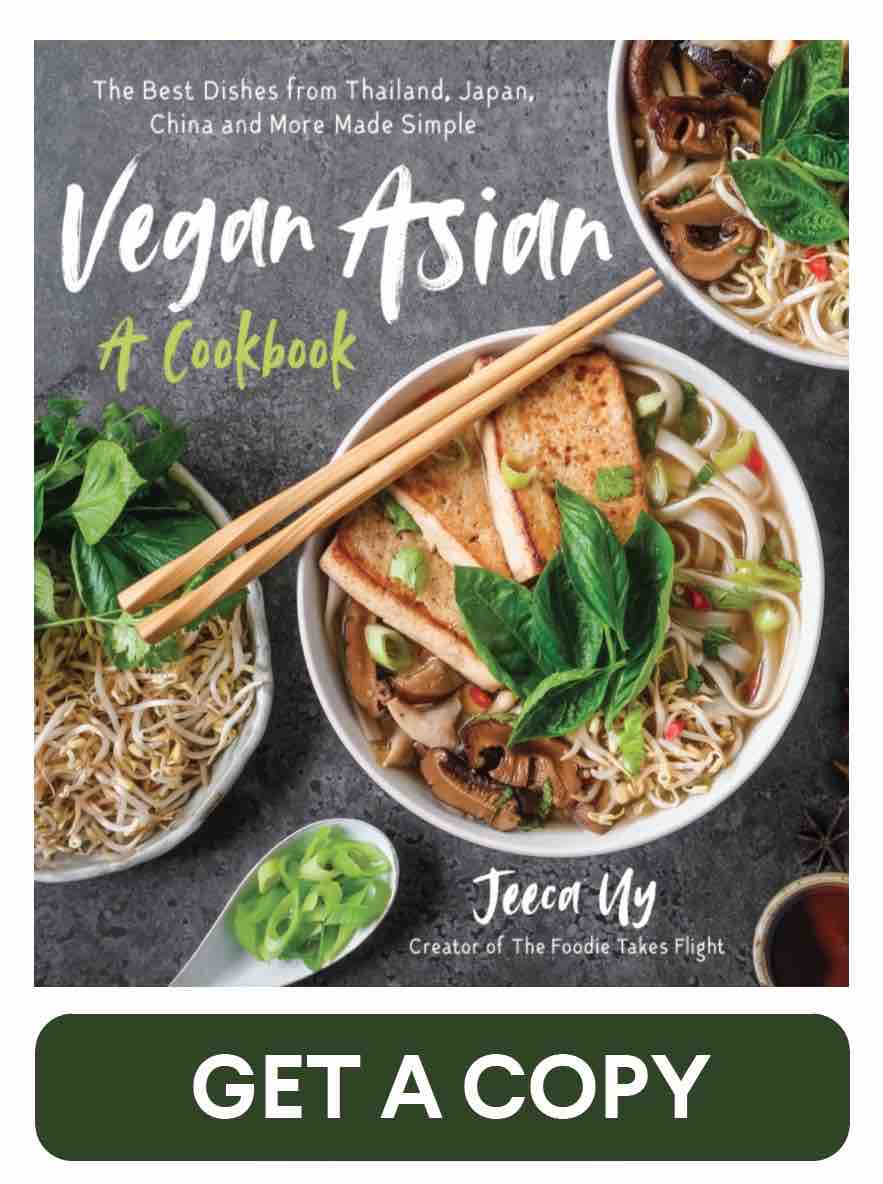 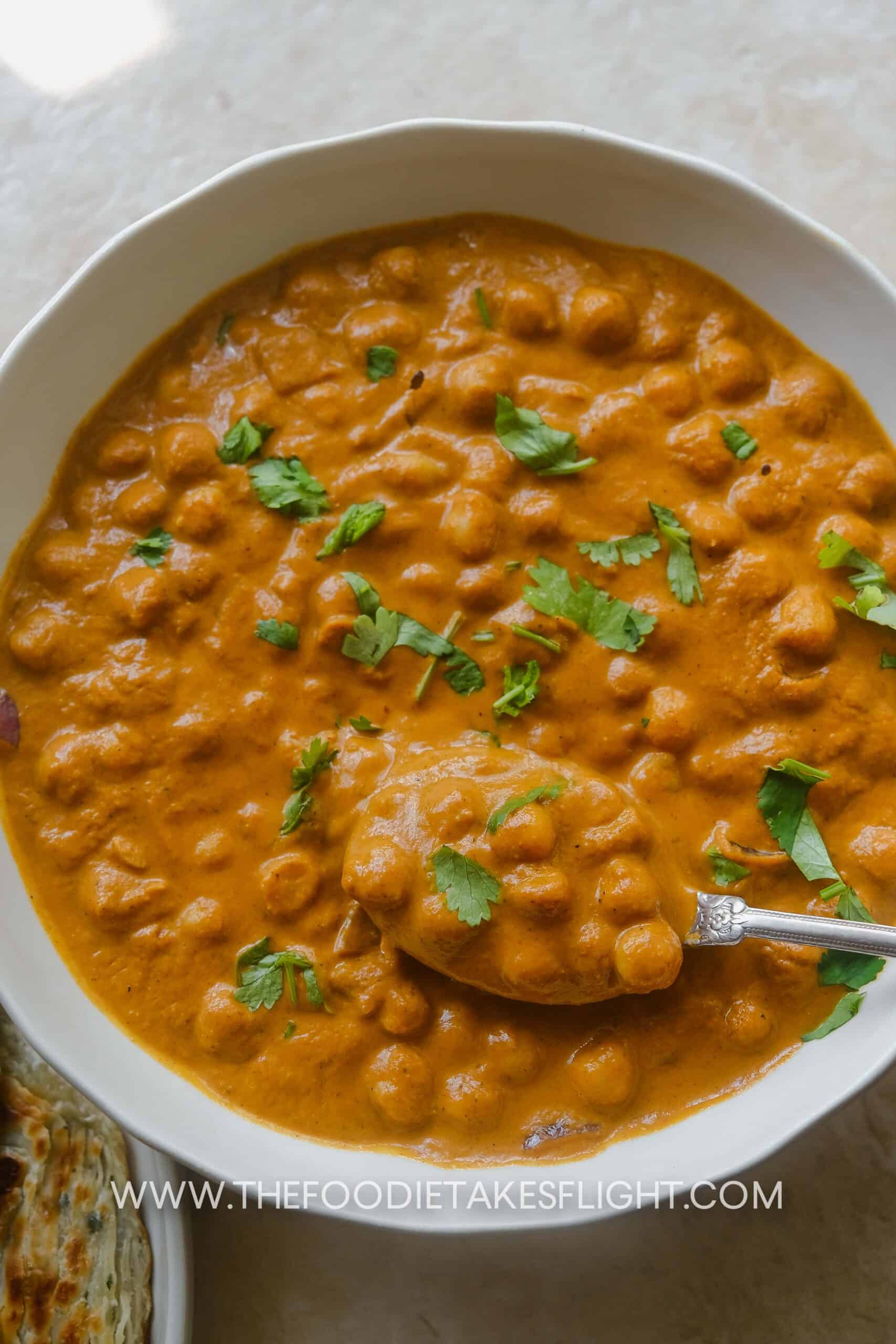 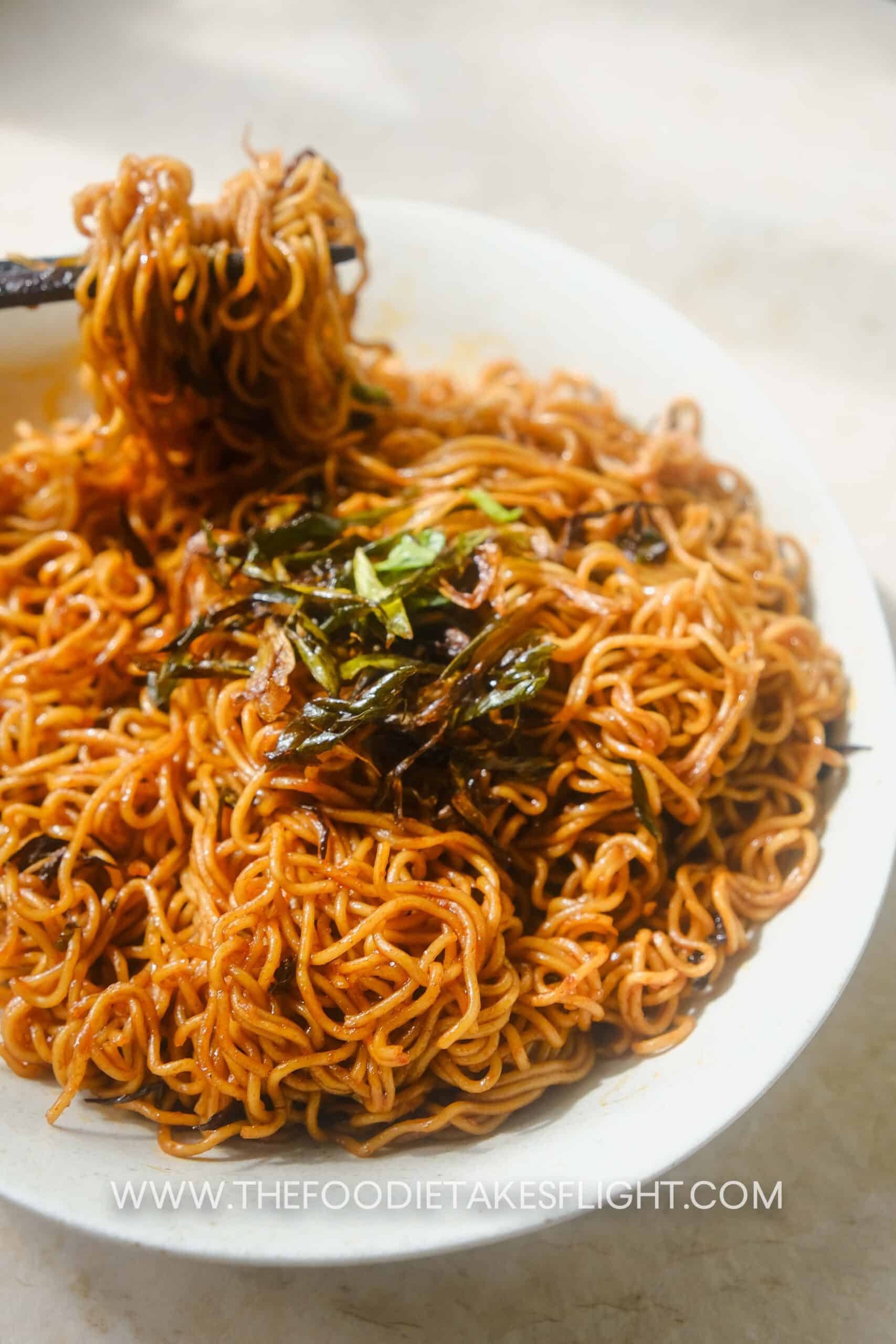 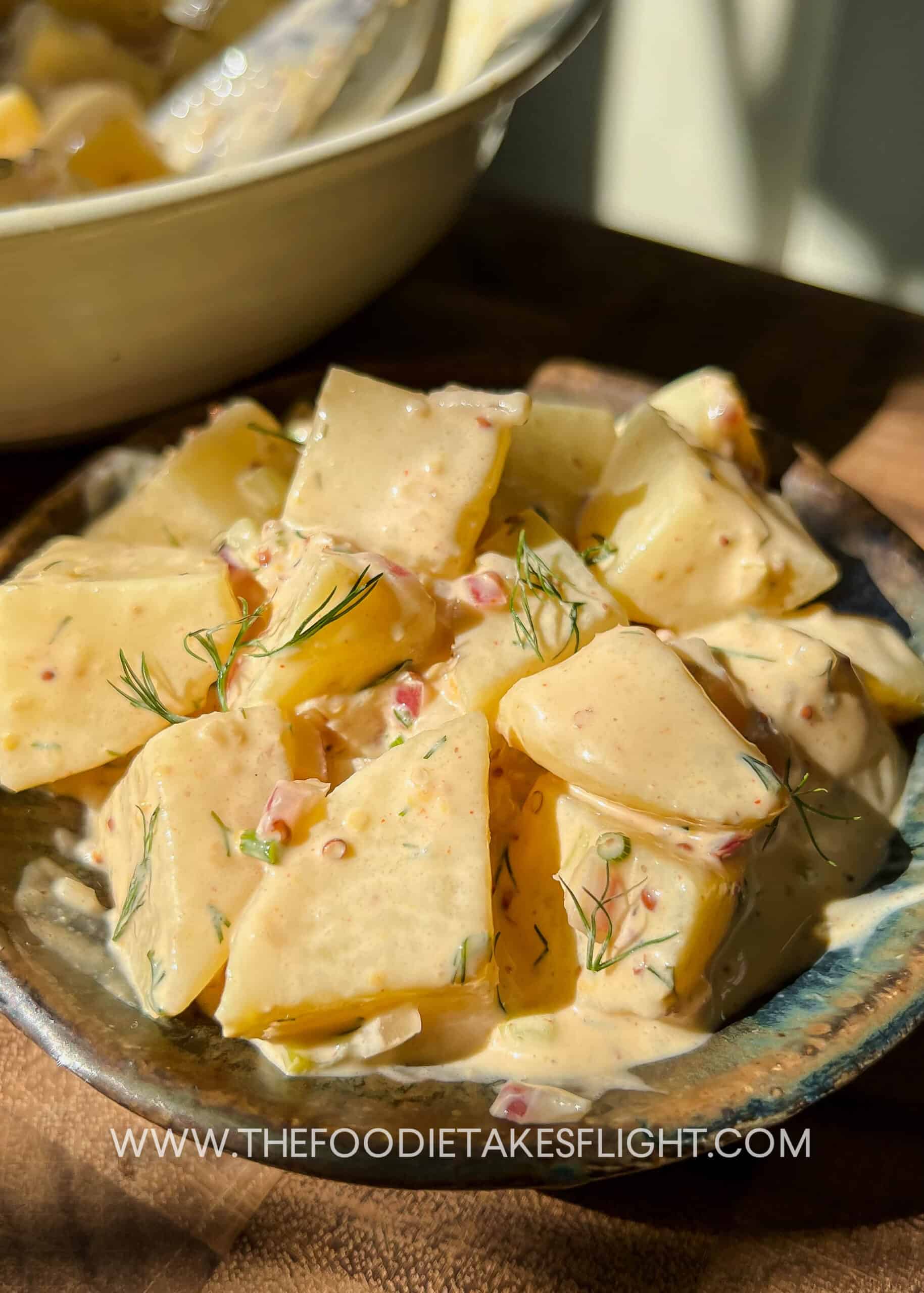 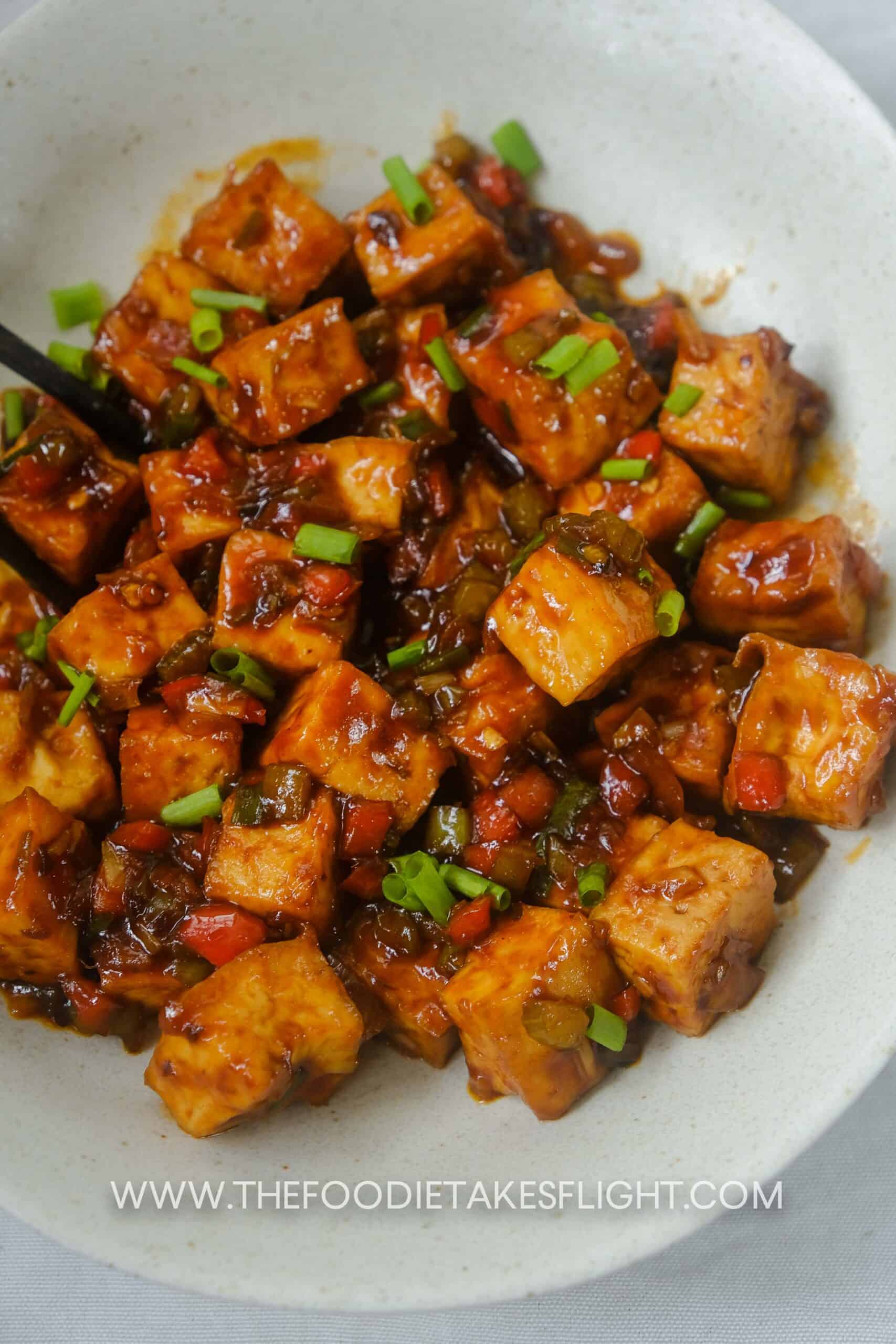 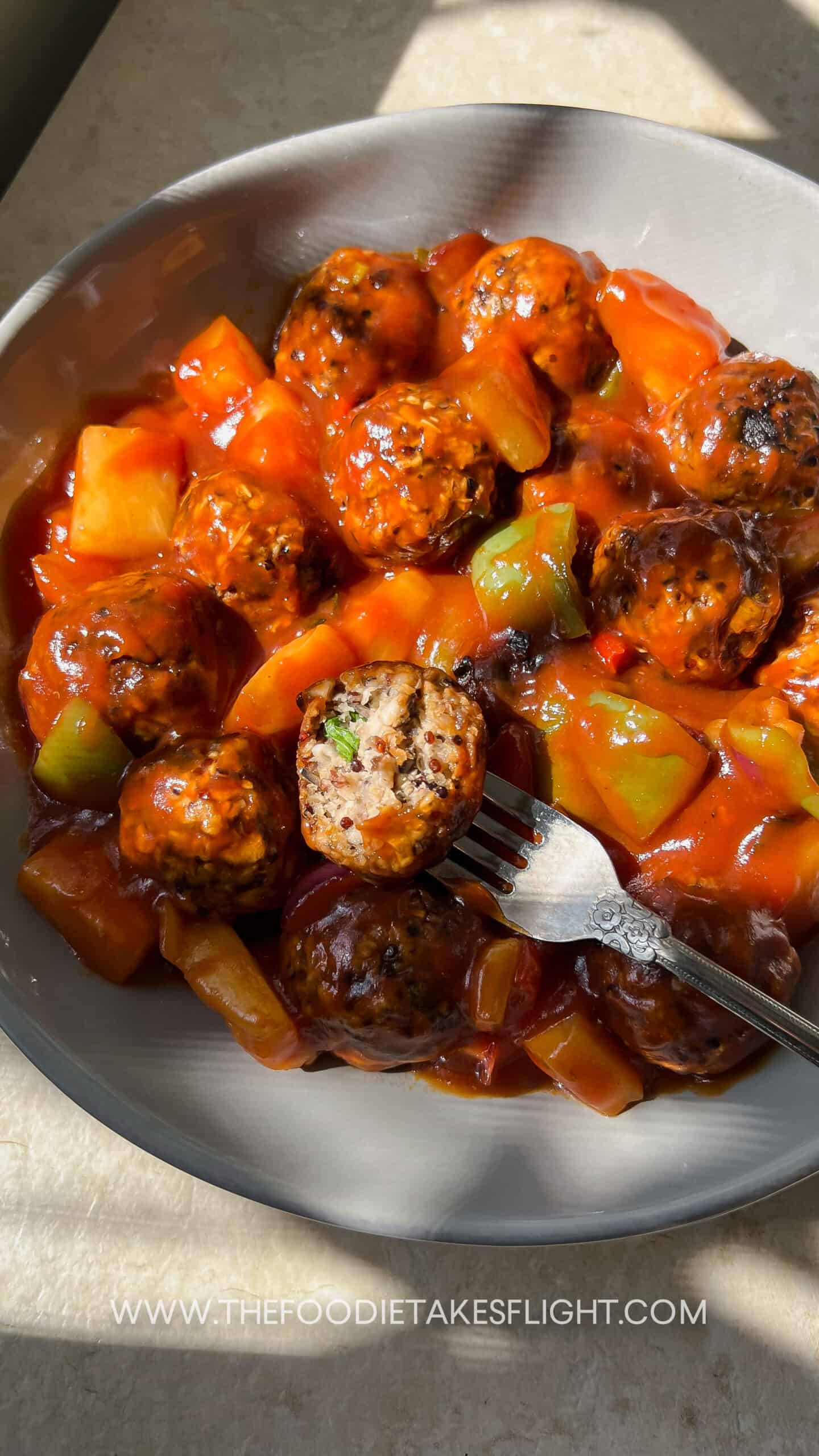 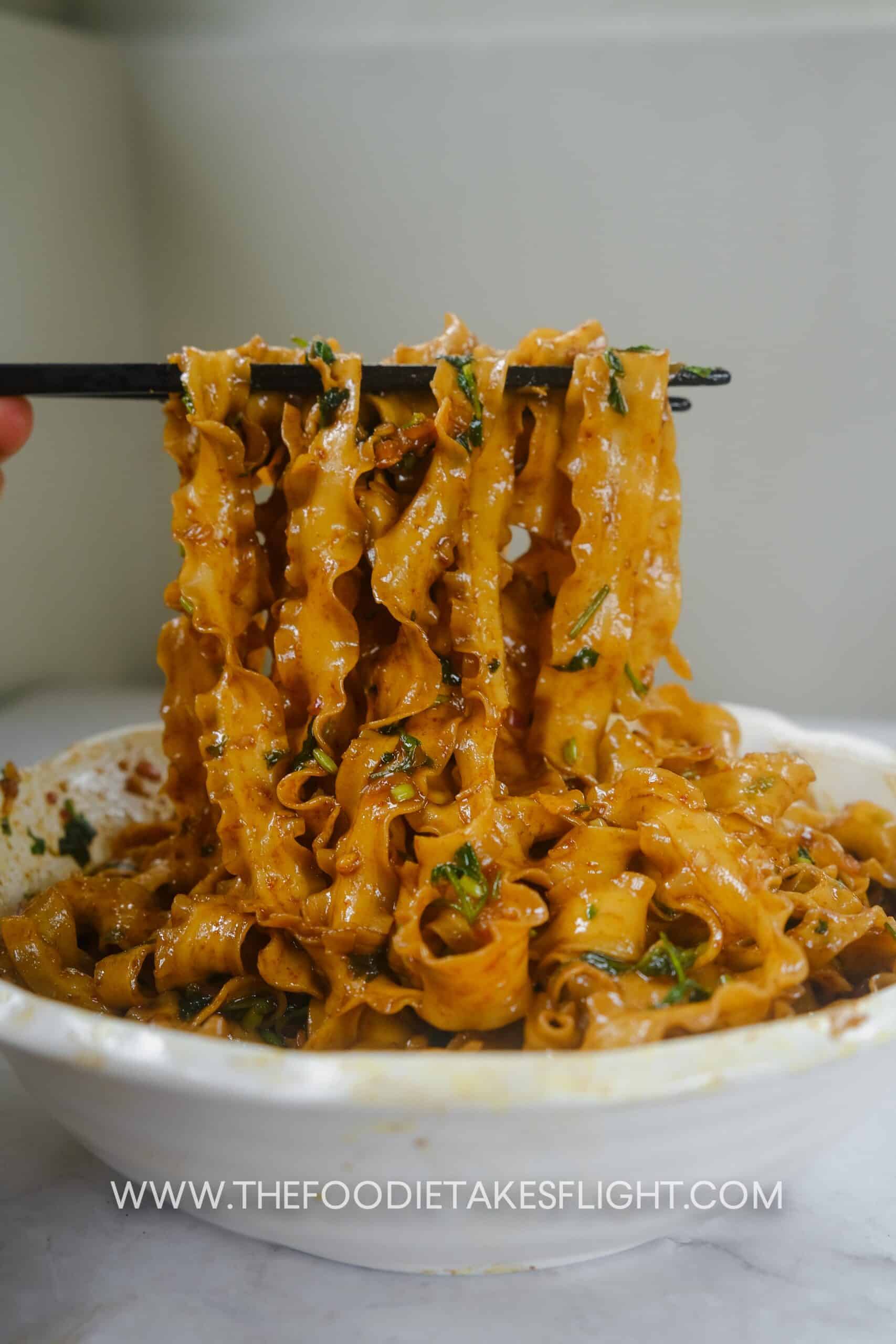 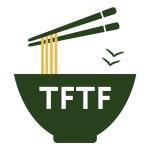